The History of Mechanical Watches 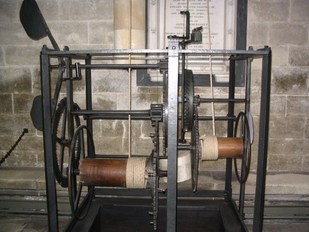 1275: The mechanical clock is invented in England. An Italian monk designed the first mechanical clock. The clock was driven by the slow pull of a falling weight, basically like a very big hour hand.

1300–1364: Three mechanical clocks are built to be displayed in public areas in Italy. An astronomical clock is introduced by Jacopo di Dondi in Padua in 1334; another clock, with a mechanism that strikes a bell to mark the hours, is completed in 1335 in Milan; and a third, which tracks hours, the sunrise, and the days of the month, is built by Giovanni de Dondi in Pavia in 1364.

1370: The first mechanical striking clocks appear in France and England.

1400: Blacksmiths begin making clocks with loud bells in them to ring the hours, for use in the hallways of large mansions.

16th Century: Iron, a key element in clock design, is pushed aside in favor of brass, bronze, and silver; development of spring-powered clocks.

1541: The Swiss watch industry is born. Reformer John Calvin of Geneva bans people from wearing jewelry, altering the future of Switzerland. Geneva's jewelers are forced to learn another craft and are taught the art of watchmaking by refugees from France and Italy.

1574: The first known pocket watch is created, but the inventor remains unknown. The watch, crafted in bronze, depicts Saint George slaying a dragon on the front and the Crucifixion on the back.

1656: The first pendulum clock is patented by Christian Huygens.

1680: The first minute hands are added to clocks.

1690: The second hand makes its first appearance on clocks, though the novel idea does not become common practice.

1770: Abraham-Louis Perrelet invents a self-winding mechanism.  Also, Jean-Antoine Lepine creates a thinner movement, called the Lepine calibre, enabling watchmakers to make flatter watches that can be carried in "fob" pockets to conceal them from potential thieves. The Lepine calibre is still in use today. 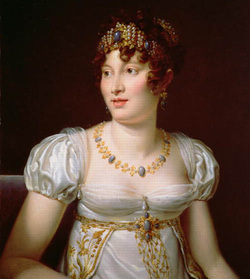 1820: The keyless clock emerges, doing away with the need to use a key for winding or setting.

1822: Nicolas Rieussec files a patent for a "timekeeper or device to measure the distance traveled, called a seconds chronograph". This is the birth of the era of the chronograph, or stopwatch.

1830: Breguet introduces watches equipped with a button for setting the time.

1904: Santos-Dumont orders wristwatch from Louis Cartier. The original watch is on display at the Paris Air Museum next to the 1908 Demoiselle, the last plane Santos-Dumont built.

1914: By the end of World War I, wearing a wristwatch is the preferable form of timekeeping.

1927: Charles Lindbergh completes the first transatlantic solo flight, from New York to Paris, in 33 hours and 30 minutes while wearing a wristwatch by Longines, the official timekeeper of this historic journey. Shortly after, Longines and Lindbergh develop the Lindbergh Hour Angle watch.

1929: Antoine LeCoultre unveils for the world the smallest mechanical watch movement, the Caliber 101. It is listed in the Guinness Book of World Records.

1960: Bulova Watch Company builds the Accutron tuning fork watch, which uses an inch-long tuning fork instead of an escapement to power the oscillating circuit.

1962: Rado becomes known as originator of the scratch-proof watch with the release of the DiaStar I, made of hard metal.

1969: Astronaut Neil Armstrong wears an Omega Speedmaster on his spaceflight to the moon.

1979: The Delirium is introduced as the thinnest watch in the world, measuring 1.98 mm.

1989: Patek Philippe creates the Calibre 89 to celebrate its 150th anniversary. The watch is deemed the most complicated in the world, with 33 complications, or special features.

1996: The Breitling Emergency watch—equipped with a transmitter that broadcasts a distress signal to rescuers—helps save the lives of the crew of the Mata-Rangi expedition when their reed raft breaks up in a storm off the Chilean coast.

2000: Watch companies such as Ulysse Nardin and Patek Philippe begin using high-tech materials like silicon and ceramic in their movements.